Climate trends in the Northern and Southern hemispheres often seem out of sync, and scientists say that solving the mystery is a must to better understand what to expect in a warming world.

Enter George Denton, a veteran researcher on the shifts between the glacial and interglacial cycles – the ice ages and warm spells that crisscross Earth’s climate history. Denton, a University of Maine professor in the School of Earth and Climate sciences, searches for clues to glacial mysteries across the world and across time.

But understanding one “modal flip” that occurred around 18,000 years ago draws on decades of his research. “A dramatic collapse of ice” in Chile and New Zealand indicates that the Southern Hemisphere wrested itself from the planet’s last major glacial period while North America stood under mountains of ice, Denton says.

Denton remains puzzled by a number of underlying questions associated with this sudden transition, he told colleagues at the Comer Abrupt Climate Change Conference held in southwestern Wisconsin this fall.

He is seeking elusive clues about what caused the shift and the geographic ripple in which the late glacial reversal reverberated around the planet. Piecing together the clues of planetary forces at work promises a better perspective of how human forcing of the climate through greenhouse gas emissions today will impact communities across the globe.

Denton detailed his studies of moraines – ridges left by glaciers – and other geologic deposits throughout the Southern Hemisphere to establish a timeline for glacial advances.

In the stunning glacial valleys of Chile’s Lake District, Denton’s fieldwork identified glacial advances between 18,000 and 38,000 years ago, a period when the glaciers in the Northern Hemisphere extended into southern Illinois.

After developing a chronological picture of that region’s glacial history, Denton later observed a similar timeline while studying moraines nestled at the foot of the Southern Alps of New Zealand’s Pukaki Valley, suggesting that the causal climatic trends extended across the hemisphere.

Although the intercontinental periods of glaciation matched up, Denton was intrigued by the fact that they could not be explained by the Milankovitch theory. That theory introduces another star player on the climate stage. It memorializes mathematician and astronomer Milutin Milankovitch, who died in 1958 and, without the aid of computers, calculated cyclical changes in climate that coincide with a combination of the gentle wobble of Earth’s tilt on its axis and changes in the elliptical shape of the planet’s orbit around the sun. These planetary changes impact temperature by altering the intensity of incoming solar radiation, or insolation.

Denton and his team plotted summer solar intensity “and we couldn’t see any correspondence,” he said. 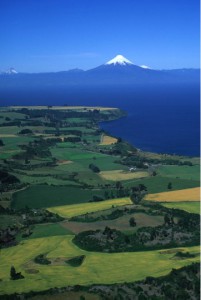 Denton said that he and other climate scientists have long been dissatisfied with the Milankovitch theory’s assertion that changes in global climate must begin in the Northern Hemisphere, where large landmasses make the hemisphere more sensitive to changes in solar intensity. Despite this reasoning, southern glaciers historically seem to have been in relative synchrony with Northern Hemisphere glaciation, an inconsistency Denton says is a “fly in the ointment” of the Milankovitch theory.

Although plotting the formation of southern moraines against insolation was inconclusive, Denton believes it is more likely that the glacial response was triggered by Heinrich events. These occur when a massive collapse of northern ice sheets into the sea disrupts the ocean’s circulatory system that brings warm equatorial waters north, throwing off a key switch regulating global climate.

“There’s a suspicion that somehow they’re related to Heinrich events,” said Denton, noting that such catastrophes bookend all of the moraine formations.

Despite the suggestion that Heinrich events may have had a role in glacial retreats in one hemisphere and advances half a world away, Denton said more research is required to fully understand how the climate shift of 18,000 years ago in the Southern Hemisphere was synced elsewhere around the globe and how widespread it was.

“These are the puzzles that I see that need to be worked out, using mountain glaciers all over the globe.”